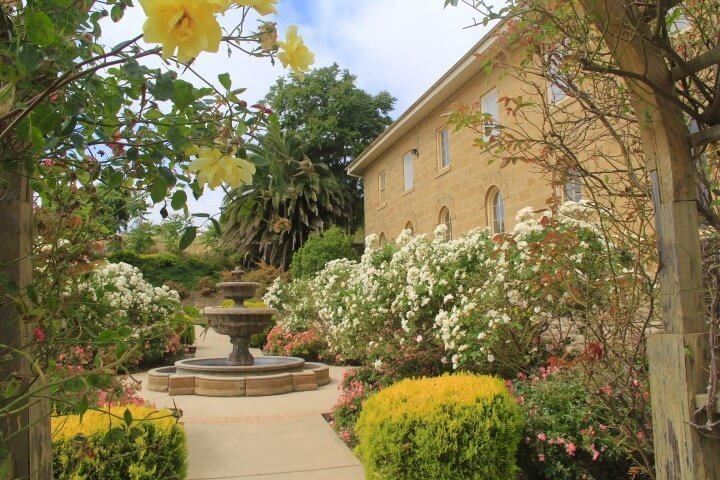 The Benicia Historical Museum shares the story of Benicia’s place in the history of California and how this history relates to the development of our country pre- and post statehood.

The job of collecting artifacts began in 1975 and the items were stored in several locations until our current site in the Arsenal became available. The Benicia City Council dedicated the Camel Barn complex on December 7th, 1982. The Museum was formally dedicated on May 19th, 1985 and has been open continuously since that time.

The name, Camel Barn Complex, comes from a chapter in Benicia’s contribution to US Military history. In the 1850’s and 1860’s, the US Army experimented using camels, imported from the Mideast, as pack animals. After the advent of the Civil War the experiment was abandoned. The remaining camels were shipped to the Benicia Arsenal where they were auctioned to the public. You can read more about this brief period of history that gave the area its name in our section on Benicia & Arsenal History.

For more information on the buildings, visit our Museum Complex page

$5 for Adults, $3 for Seniors 60  and over and Students, $2 for Children
Free entry with Military Identification