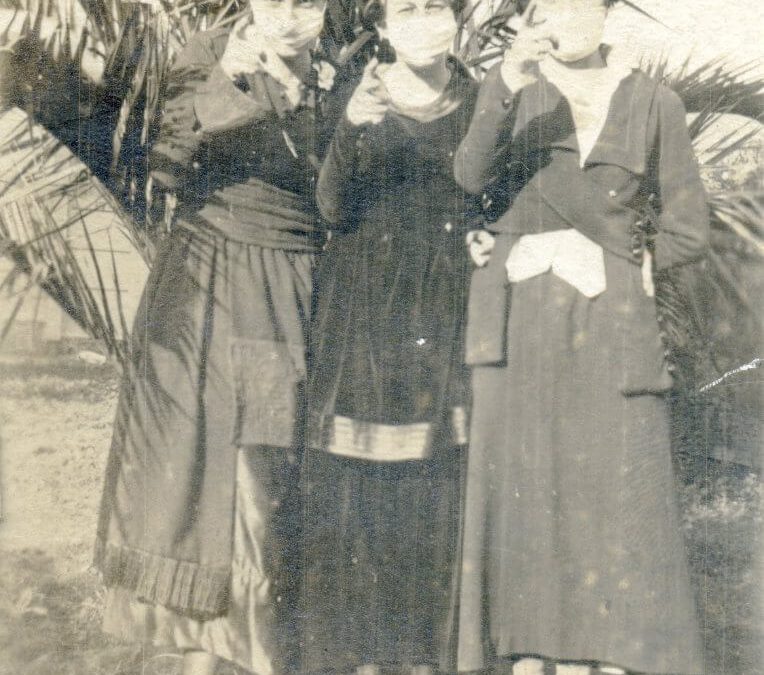 As I was preparing the Spring edition of the Museum newsletter, I received the Solano County “Shelter in Place” notification, an unsurprising development considering other neighboring county shutdowns and hourly updates.

Like many, I have called up maps of the world illustrated with various colors to express the percentage of a country’s coronavirus population.  I have read the online articles that discuss the potential waves and recovery periods for the virus cycle as it ebbs and flows. My head is spinning with doomsday scenarios, but I am hoping, as some have suggested, that the virus will not result in the apocalyptic death toll of the influenza pandemic of 1918-1919.  Cited as the most devastating in recorded world history, mortality estimates range from 20 to 70 million.  More people died of this flu in a single year than during the four years of the “Black Death” Bubonic Plague (1347 – 1351); it infected 28% of all Americans and 675,000 Americans died.  The average life span in America was depressed by ten years.  Unlike the coronavirus, it was deadliest for people aged 15 – 40; 50% of WWI American soldiers stationed here and abroad fell victims to the virus and not to the enemy.

To halt the disease, state public health authorities of the day distributed gauze masks to be worn in public, amongst other measures.  In Benicia, the City’s Board of Trustees (which later became the City Council) implemented a $100 fine for those failing to wear the mask and some towns required a signed certificate to enter; railroads would not accept passengers without them.

It wasn’t until the 1930s that researchers established that influenza was caused by a virus, not a bacterium.  Today, flu vaccines are created annually to combat each mutation of the most current virus and there is no doubt that a medical solution of some kind will be found to treat the coronavirus.  Until then, taking all necessary precautions and following each county, state, and federal alert is our best hope for an improving outcome for all.  Stay healthy, fellow Benicians!