“Electioneering” in Art and History 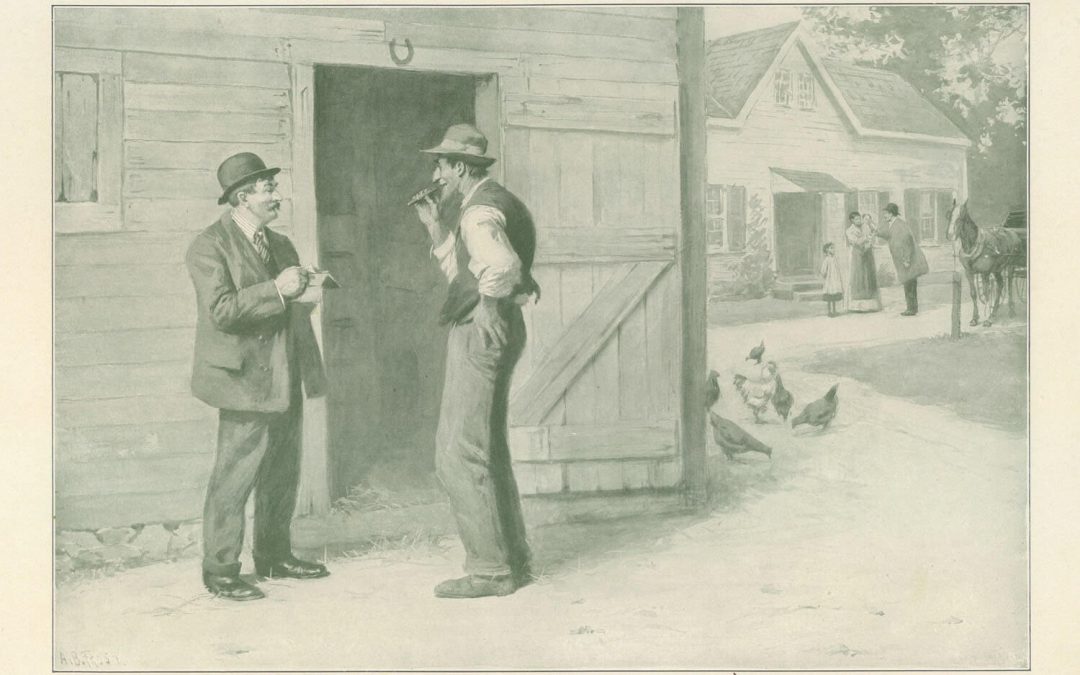 As part of a recent donation to our White Camel Sale, we received a print we found especially appropriate at this time of year, with elections just a few months away! This 1914 print, “Electioneering” by A. B. Frost, provides an amusing commentary on politicians of the time and some of their more disreputable methods of getting out the vote. In the background we see one politician engaging in the traditional campaign practice of kissing babies, while in the foreground his cohort appears to be slipping the farmer a bribe for a potential vote.
Arthur Burdett Frost (January 17, 1851 – June 22, 1928), usually cited as A. B. Frost, was an American illustrator, graphic artist and comics writer, and was also well known as a painter. Considered one of the great illustrators in the “Golden Age of American Illustration”, Frost’s work is well known for its dynamic representation of motion and sequence. Frost illustrated over 90 books and produced hundreds of paintings , but is perhaps best known for his illustrations for the Uncle Remus tales by Joel Chandler Harris. Much of his work depicted scenes of rural America and these were often done with a humorous touch. His finely drawn and detailed illustrations appeared in such publications as Harper’s Weekly, Scribner’s, and Life magazines.
Share on Facebook Share
Share on TwitterTweet
Send email Mail
Print Print