1889 he met and married his wife Giaconda (Dita) Canessa.  She also came from an area near Genoa and came to the U.S. with her father, Peter,  brother Frank and sister Jane in 1889.  John and Dita were married in San Francisco in 1898 and then moved to Port Costa where John worked as a barber.  Their first daughter was born in May of 1900 and was named Elvira.

In 1902 the family moved to Benicia where John continued to work as a barber and had his own shop at 635 First Street.  That same year they

had their second daughter, Marguerite.

Tragedy struck when their daughter Elvira died when she was only 6 or 7 years old.  Then in 1908 they had their last daughter, Violet.

His daughters married and began successful careers on their own.  Marguerite became a hospital dietician, married Ralph Myers and moved to Sacramento.  Violet stayed in Benicia where she taught in the Benicia High School and was active in the arts.  She married Percy Wilson.

John had a lifelong passion for photography.  Photos in our collection can be dated to as early as 1900.  They were taken with various cameras from 8″ X 10″  portrait cameras on glass plate negatives to small box cameras shooting 2″ to 3″ negatives.  No matter what the format, his work shows a great technical competency as well as an appreciation for the aesthetic qualities of the photographic arts.

While other photographers of the day worked to produce commercially saleable images with mass appeal, Molfino’s work captured every day life.  His photo’s are of neighbors, kids playing in the snow, homes and business being built, high school sports, and family. 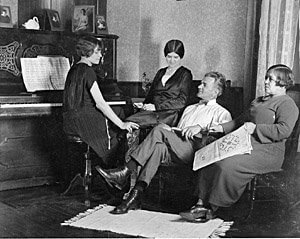 He also was able to capture the major events of the time including the San Francisco earthquake, President Taft’s visit, the great Solano County historical pageant in 1923, fires in Martinez, WWI recruitment drives, etc.

We owe a debt of gratitude to this barber with a flair for photography.  His work allows us to step back in history to the start of the last century.

← Back
0
0
Your Cart
Your cart is empty
Close