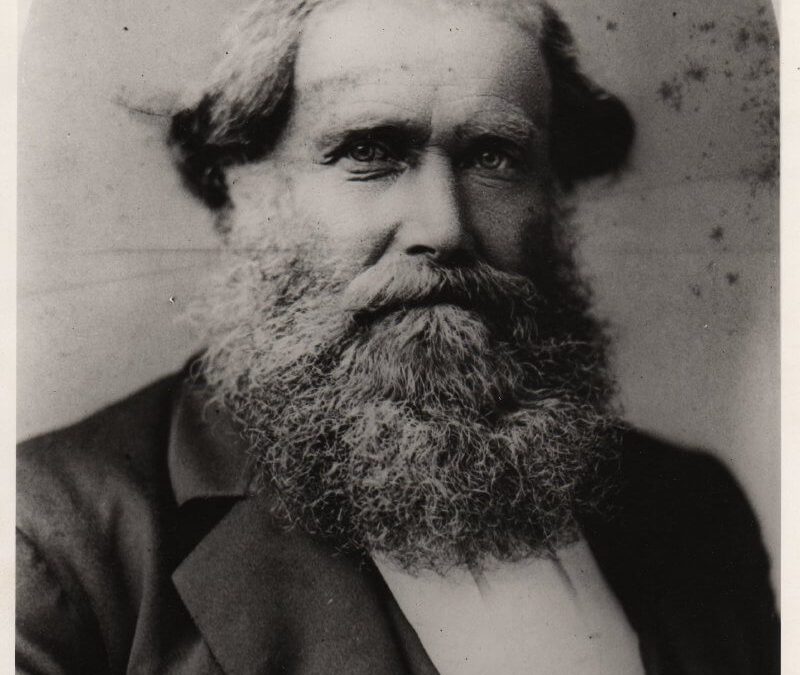 Captain Matthew Turner designed and built more watercraft  than any other American shipbuilder working at the turn of the 19th and 20th centuries – a total of 228 brigantines, sloops, schooners, racing yachts and other vessels, most of them launched on the Benicia waterfront.

A park at the foot of 12th Street in Benicia honors Turner, a local school bears his name, and the bow of one of his best-known ships, the Galilee, is at the Benicia Historical Museum, along with the ship’s compass, construction plans and other artifacts.

The Benicia museum has tentatively scheduled a Matthew Turner exhibit for May 8 to honor “America’s greatest shipbuilder,” says Elizabeth d’Huart, the museum’s executive director. Also in the works, in Sausalito, is the start of excursions on the new Matthew Turner, a 132-foot tall ship modeled after the Galilee. The $6.3 million ship has completed sea trials and should soon have full Coast Guard certification.

Plans for the Matthew Turner include youth education, community sails, private charters and other ocean adventures that focus on marine ecology, teamwork and the rich maritime history of the Bay Area.  The first youth excursion was scheduled for April 1, exactly three years after the ship’s launching, but the coronavirus pandemic has put the plans on hold.

“We are standing down on our sailing and on our programs, but we are going to be ready when this crisis ends. We will stay the course and weather the storm,” says Alan Olson, co-founder of Call of the Sea, an educational nonprofit that planned, got donations and recruited volunteers who gave nearly 200,000 hours of their time to build the ship.

Turner was born in Geneva, Ohio, on the shores of Lake Erie. Early on, he learned the fishing and shipbuilding trade from his father and by 1843, at age 18, had earned a master’s certificate to captain ships. In 1847, Turner designed a two-masted schooner and began hauling timber on the Great Lakes. He married in 1848 but his wife and child died during childbirth in 1849.

In 1850, Turner caught gold fever, boarded a ship and traveled to California. Unlike many prospectors, he did well during the Gold Rush and parlayed his earnings into a string of profitable seagoing businesses and onshore enterprises. He started with the schooner Toranto, hauling timber from California’s densely forested northern coast to booming San Francisco, and then expanded to other opportunities as distant as Tahiti, the Gulf of Alaska and the coast of Siberia.

In 1868, Turner designed his second ship, a 115-foot brigantine called the Nautilus, incorporating features such as a sleek, narrow bow rather than a conventional wide bow. That change and other innovations resulted in a stable, fast ship. Pleased with the way the Nautilus performed, he replicated the basic design in more vessels built at his first shipyard, established in about 1872 in San Francisco, and at a second yard that was operating in Benicia by 1883. His partners included his brother Horatio and John L. Eckley. At least 154 of the 228 vessels credited to Turner were built in Benicia. Some reports put the Benicia total at 169.

Many of Turner’s ships had impressive sailing records. In 1901, the 1,109-ton, four-masted Amaranth took just 23 days to sail from Shanghai to Astoria, Oregon. The William C. Irwin made a passage from San Francisco to Maui in eight days and 17 hours. His Galilee, built in 1891, set a sailing record of 19 days on the long voyage from San Francisco to Papeete, and 22 days on the return run. On one day, the fully laden ship covered 308 miles. A barkentine, Benicia, made it from New South Wales to Hawaii in 35 days. Turner also built some of the fastest racing yachts in the world, including the Lurline, built for William Matson, that won three of the first four Transpac races to Hawaii.

His 64-foot Santa Cruz didn’t set any speed records  but was one of the longest operating cargo schooners on the West Coast – 67 years. Turner was told to “build her strong” for runs between the mainland and Santa Cruz Island, about 25 miles offshore from Santa Barbara. Launched in 1893, the schooner weathered many storms and even survived being stranded on the rocks for three months in 1913. The ship finally sank during a December 1960 storm.

Turner also was a charter member of the San Francisco Yacht Club and, according to an 1891 San Francisco Chronicle article, was considered the best sailor on the bay in his open sloop, the Molly Woggin. “He always sails in his shirtsleeves, no matter what the weather,” the Chronicle stated, adding Turner “isn’t afraid of anything in the way of an aerial disturbance.”

When Turner stepped down as head of the Benicia yard in the early 1900s, the San Francisco Chronicle praised him for his shipbuilding successes, saying, “Some of the best sailers that ever spread their canvas on the Pacific are the product of his skill.”

On Feb. 10, 1909, Turner died at age 83 in his Berkeley home after a short illness and was buried two days later in Odd Fellows Cemetery in San Francisco.  He was survived by his second wife, Ashbeline, who he had married in 1878 after many years as a bachelor. She was the widow of his longtime friend Richard Rundle who had died in 1876, and Turner had promised to care for her and her three children. Following Turner’s death, his Benicia shipyard was purchased by James Robertson, who operated it until 1918. By that time, wooden ships were well on their way out, replaced by steel-hulled vessels.

Vallejo and other Solano County communities are treasure troves of early-day California history. The “Solano Chronicles” columns, running every other Sunday in the Times-Herald and on my Facebook page, highlight various aspects of that history. Source references are available upon request. If you have local stories or photos to share, email me at genoans@hotmail.com. You also can send any material care of the Times-Herald, 420 Virginia St.; or the Vallejo Naval and Historical Museum, 734 Marin St., Vallejo.